5 Dealers Lake in the Hills, IL

Beauty is more than skin deep…It’s not enough to look great on the outside – that’s why we’ve developed the whole package, from our exclusive solid, self-healing foam to our unique Rinehart Internal Locking Insert System and Rinehart inserts – using the finest components. Our attention to detail really separates us from the pack. 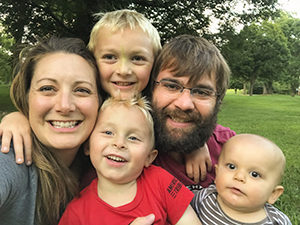 As a family-owned and operated company, we are thankful for the support and friendships that continue to grow over the years. We are looking forward to moving forward with even more innovative products, shooting thrills, and arrow stopping value. As our family grows, so does our commitment to providing premium quality American made products.

The concept behind Rinehart Target’s industry-leading, solid self-healing foam began in 1997 when John Rinehart, the company’s founder, began using conventional archery targets. Disappointed in the durability and performance of what was available on the market, John looked elsewhere for something better. He began working with foam and came up with the compound that would become Rinehart’s trademarked solid self-healing foam.

In 1999, John founded Rinehart Targets and went on to create the first patented locking inserts for Rinehart’s 3D targets, extending the life and enjoyment of the company’s popular designs. The first targets, the iconic Velociraptor, was quickly followed by a myriad of other incredibly life-like and unique designed targets. The target line continues to expand to this day with new and unique targets – from the trophy 30 Point Buck and Hogzilla targets to the fun Mosquito and Frog targets.

In 2003 the Rinehart R-100 Archery Tournament was born out of a desire to introduce children to archery and provide fun for the whole family. These events give hunting clubs and other groups the chance to test their skills on 3D targets ranging from skunks to life-size giraffes and elephants.

Another milestone in the company’s history was in 2005 when John stepped down, turning the reins of his industry-leading company over to his daughter Barbara (Rinehart) McGovern and her husband, James McGovern. Rinehart Targets went on to launch its first-ever Dealer Program which highlighted the archery industry’s only target with a full year guarantee – the 18-1.

In 2013 Rinehart Targets expanded its retail target line to include our first bag target, the Rhino Bag. The start of 2016 saw the introduction of the new Doloma Decoy line to Rinehart Target’s already diverse line-up of products. The company continues to be more successful than ever and remains committed to developing the highest quality and most innovative products on the market.

Rinehart’s exclusive solid, self-healing foam targets can take hit after hit after hit without tearing or other damage. Whether you’re shooting fieldpoints, broadheads or even expandables, Rinehart lets you take your best shot every time without loss of target integrity or risk of shoot-throughs.

Pulling arrows should not be so strenuous – and with Rinehart, it has never been easier! No lubricant! No gimmicks! No pullers needed!

Within 10 seconds arrow holes “heal” themselves. Complete target integrity is restored when arrow is quickly and easily removed. Rinehart targets and inserts feature our exclusive solid, self-healing foam which absorbs countless shots from fieldpoints, broadheads, and expandables – without falling apart. When the time comes to remove the target insert our exclusive Internal Locking Insert Tubes make replacement easy! Some Rinehart inserts also include perfect score-lines to practice both your 45° and broadside shot placements.

Stands up to Clubs, Trucks and More

Rinehart 3D targets not only withstand the near continuous abuse of club and competition shooting, they’ve even been thrown under semi trucks and run over repeatedly – on purpose – to see how they survive.

The result? A little dust and dirt, but no damage to the target. It’s no wonder that archery clubs across America and around the world are making the switch to nearly indestructible Rinehart 3D targets to get the most “arrow time” and value from their target investment. 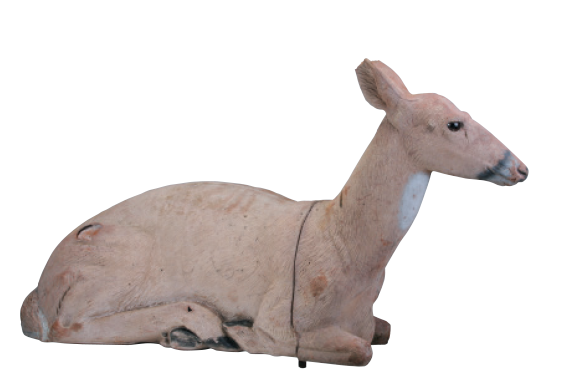 Oh deer! After years of exposure to the harshest weather conditions, including blazing sun and freezing temperatures, Rinehart’s exclusive arrow-stopping, solid self-healing foam proves to be virtually weatherproof. With colored foam all the way through the target and rugged “Uni-Body” assembly, these 3D targets are ideal for year-round use in the backyard or in the field.

For years we had been buying targets from another manufacturer other than Rinehart. Repair time on them was not only costly, but it was beginning to wear us out. We were obviously frustrated with the products and needed to come up with a solution. So, in the year 2001 we finally decided to purchase Rinehart targets.

In all honesty, I believe it was the smartest thing we’ve done. Our club probably would have gone under if not for Rinehart targets. Our attendance rate has grown tremendously, repair costs are down and our club is, at last, financially sound for the first time in years.

When we did a cost analysis to determine the return on our investment we discovered that our targets have more than paid for themselves. Over a three year period we had over 4,125 contestants and had purchased $3,744.87 worth of replacement centers. When we calculated our cost it came out to be only $0.9078 per shooter. Amazing!

There really are no other quality products like yours in the market. The Rinehart target is definitely the way to go!